A house is made of walls and beams

but a home is made with love and dreams

what is life and its meaning?

why am I always dreaming?

In this home that I was shoved.

is this why I am loved?

this home is good,

this home is bad,

this is why i am glad.

There I was, running from some guards. Because of war, guards were everywhere. I had to jump off an arch into hay in order to escape from them. The hay scratched my entire body before I hit the bottom of the cart. When I started running from the guards, I had to do some chores and go to the trader to get some food, I didn’t have enough to trade so the trader sent the guards after me. I laid in the hay laughing to myself as the guards left. I thought they stopped looking for me but, as I came up out of the cart, the guards grabbed me and pulled me out of the hay and I thought “It’s all over”.

My dad was a warrior for the Kush. At the moment he was in Egypt raiding a village, we haven’t seen him in a year but, I always know that he’s out there for us, always. They found I was innocent because the trader said I stole from him but, they locked him up instead for lying. I went to a different trader and went home with some food, and then my mom made soup.

“ How was your day today?” my mom asked.

“Good.” I replied. Mom looked at me with confusion.

“Was it really good?” She asked.

“Ya, just a little bit of trouble” I replied again.

“Some trader said I stole some stuff but the guards found me innocent” I claimed.

The next morning the whole city had to pack up and move to Meroe. There were so much noise outside my house, I heard horses, horns, yelling, and laughter. I got out of bed and looked for my mom. She wasn’t anywhere in the house, so I looked outside. I pushed threw the crowd.

“You dropped something, here” he said as he gave a note.

“Thank you” I said as I ran threw the crowd.

I stopped and looked at what the man gave me. It was a note. I opened it and read

“I’ll be at the black market, I’ll be home to pick you up so we can go to Meroe. -mom” Then I realized, I was lost.

I walked around asking people where the black market was.

“Thank you sir” I replied.

“I went looking for you and saw the note when I was lost and… I missed you.” I cried.

“K, pack up so we can go.” she said giving me a bag. So I went into the the house and rushed upstairs to pack.

Around lunch time, we stopped at a little town. I ran to a shop and made a trade for some food. Me and my mom ate some bread that looked so good it made my mouth watery. I could tell it was fresh because I could see the steam and hear it sizzling. I just shoved it in my mouth and chewed then swallowed. And I thought that I saw some Egyptian scouts along the way. Step by step, all I felt was the burning sand. It felt like walking on the surface of the sun.

At sunset we stopped to make a camp for the night. As we finished, I laid on my little bed and passed out. We all knew we were halfway there. I woke up to a horn and helped wake everyone up, so we can go. We packed up and left. Now I know I saw Egyptians, because I saw a little army charging at us from behind. So I rushed through the crowd to get to the king and yelled

“King! Egyptians are coming!” I yelled.

We all stopped and saw them. All the guards ran to the back and attacked. I saw a guard go down and I ran to him and picked up his sword. A Egyptian charged at me and tried to hit me. I ducked down and as the sword went over me I could see him crying. I got up and kicked him in the face, and knocked him out.

I picked the sword back up, and I felt something. I felt powerful, undefeatable, like the king of the world. Then I remembered, I was in a battle.

“Get over here!” an Egyptian screamed.

Once the fight ended, we left in victory. About one hour later, we saw the city of Meroe.

“Mom, I think we’ll be there in about ten to twenty minutes.” I estimated.

The king walked up to me and said

“ We all would like to honor you, the reason why we are is because you ran into the fight and fought. If it weren’t for you, we wouldn’t be here right now. The sword you picked up, was the sword of Ja Hah Ku, our greatest soldier.” The king said to me.

We were so close, about ten steps away when, WHAM! Someone fell to the ground cold and frozen. Just, dead. We had to leave him behind because well, he’s dead. Also we were there. I had fell to my my knees, and kissed the ground. I quickly found a mistake and spit out the boiling hot sand that taste like dead rotten fish. I felt a sharp pain in my gut, I was hungry, I went into a shop and got tons of food and my mom got a little home for us. We went to our regular lives. 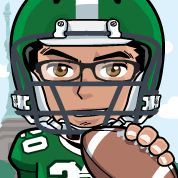 This is me, well sorta. Its my avatar, as you you can see in the picture, I love football, and I wear glasses. I love to learn new things like science, math, and history. One other thing I love are video games.

Chromatography, one of the most  exciting moment because, almost everything was a mystery. Chromatography was one of the best moments I have had this school year, there was a lot of teamwork, and it just felt good to work in a “lab”. 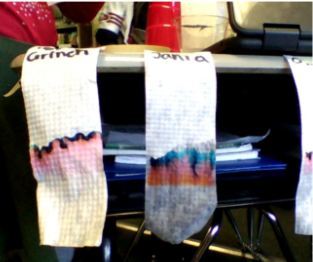